FOR ANY TIME FROM?

MAX 4 PEOPLE EXTRA CHARGE OF $100 per PERSON per WEEK

FOR LIMITED TIME ONLY AND FOR THE SPECIFIED PERIOD ONLY.

TREAT YOURSELF... COME TO COSTA RICA...

TIME TO GET SOME VITAMIN SEA...

GOOD FOR ALL AND NECESSARY FOR SOME

WHERE THE POSSIBILITIES ARE ENDLESS...

ALL NATURAL & NO PRESERVATIVES

A source tells the Latino Fox News that Pitt thinks Costa Rica will be the perfect place for the family to get away from everything for a while.

PPS. why not book our wonderful condo before they do?

Beyonce posed against the beauty of Arenal's waterfall on her vacation to Costa Rica.

When are you coming to Paradise?

Gisele Bundchen and Tom Brady are back enjoying some downtime in Costa Rica.

Chris Hemsworth surfing it up on Playa Hermosa...

Celebrities Flocked to Costa Rica During the Holidays  --By Jaime Lopez -January 3, 2016 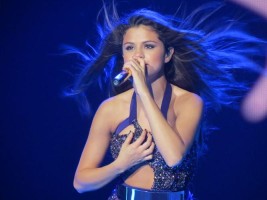 Hollywood film stars, television actors and a famous pop singer were among the celebrities who chose Costa Rica as their getaway destination during the end-of-year holidays.

According to a news report filed by Kimberly Herrera Salazar of daily newspaper La Prensa Libre, the Directorate of Immigration confirmed the arrival of various celebrities right after Christmas and just before New Year?s Day.

As has been reported by The Costa Rica Star in recent days, the controversial actress Lindsay Lohan celebrated New Year?s Eve in Bahia Salinas, province of Guanacaste, even though she has geo-tagged some of her Instagram updates as being in Cabo San Lucas, Mexico.

Hours before Miss Gomez arrived, British actor Jude Law landed at the Daniel Oduber Quiros International Airport in Liberia (LIR). Mr. Law celebrated his birthday in Costa Rica. Another actor who landed at LIR was Norman Reedus, who plays the character of Daryl Dixon in the acclaimed television series The Walking Dead, which unfolds around a zombie apocalypse plot.

Another television star that spent part of her holidays in Costa Rica was Troian Bellisario, a young actress who is best known for her work in the ABC Family mystery series Pretty Little Liars.

Miss Bellisario spent Christmas in our country; she visited Jaco Beach, Playa Herradura and Puriscal along with her romantic partner Patrick J. Adams, a Canadian actor whose work includes the USA Network series Suits. Miss Bellisario is the daughter of Donald Bellisario and Deborah Pratt, whose production credits include television classics such as Quantum Leap and Magnum, P.I.